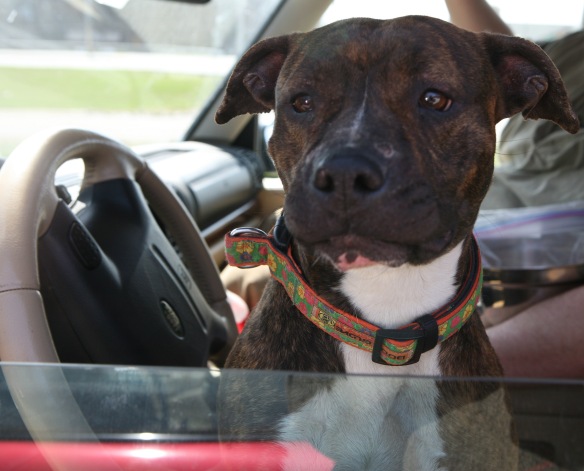 When a dog is rescued, a lot of people have their hand in the whole process, and at some point you realize that you’re just a link in the chain and you have to do your part or the whole chain breaks.

Mable, a plain brown dog, was deemed “remarkable” by a Police and Animal Control Officer in LaFayette, Tennessee, named Parker.  Parker has many dogs come in and out of her life, and many of those dogs are put to sleep.  When Parker sees a dog that is “remarkable” or “very adoptable” she switches into high gear with social media, putting together the links in the chain that will save that dog’s life.  Parker saw all the possibilities in Mable and sent a message saying, “Mable doesn’t bark, she talks.  She is gentle and likes other dogs.  She never knows a stranger.  She follows me around and talks to me, as if to say, ‘i don’t like it here.’ ”

I tried to imagine what it would be like to put a talking dog to sleep.

So early this morning I started out for Matteson, Illinois where my part of the chain was to hook up with Mable.  Mable was being delivered to me by a guy named Indy, who started the chain the day before in Tennessee.  Indy, an older guy, becomes a link in these chains on a regular basis.  He texted me along his part of the journey, with little updates, all confirming that Mable was pretty special.

I met Indy at a parking lot by an interstate.  It all sounded odd to me, but once we were all there it seemed right to help.  I broke out the dog food that I brought and fed Mable by hand.  She ate quickly and gently.  While we waited, Indy told us dog rescue stories.  I could have listened longer, but Mable and I had a big day ahead of us, so we said our goodbyes and Mable made herself comfortable in my back seat. 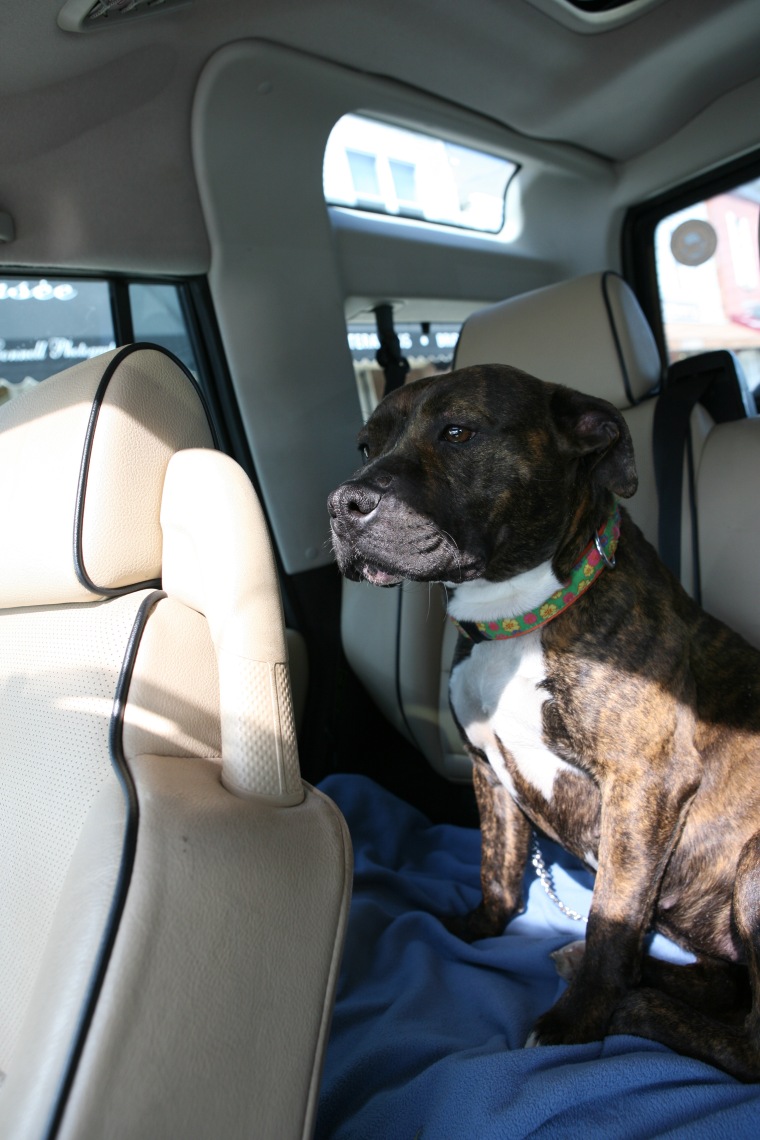 She slept most of the way home.  Sometimes I would reach back and she would nestle into my hand.  She snored.  I wondered how this day was going to work out.  I still had so many links in the chain to put together.

The first stop was the Fox Lake Animal Clinic, some of my favorite veterarians, because they are extra nice to rescue dogs.  Mable got her shots rounded out and had a heartworm test, which was negative.  She nestled into me every time they poked at her and didn’t complain, except to say in a low humm, “i don’t like it here.”  When we left they refused to charge me.

My next call was to Animal House Shelter in Huntley, Illinois.  A lovely, no kill shelter that could find a perfect home for Mable.  The Inn was full, which is what I had been told when I had called every day for the last week.

I wasn’t sure what to do next, so I stopped at home to let my kids see the adorable dog that we couldn’t keep.  They loved her. 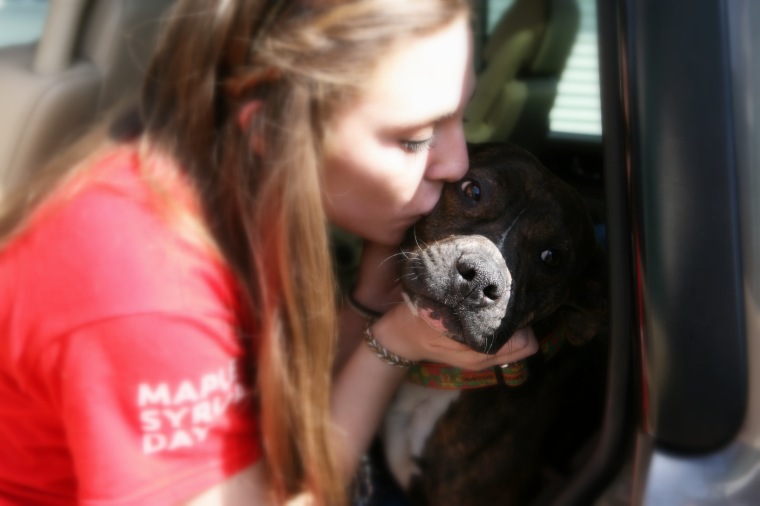 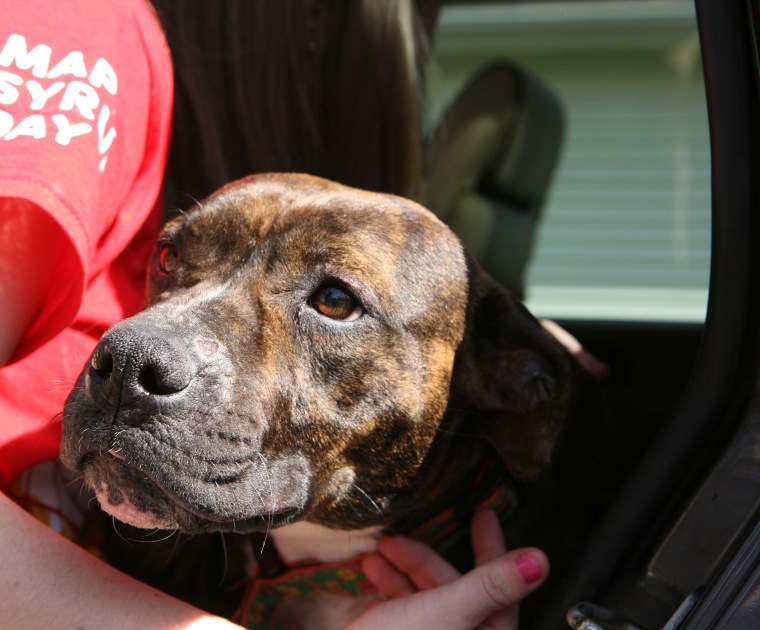 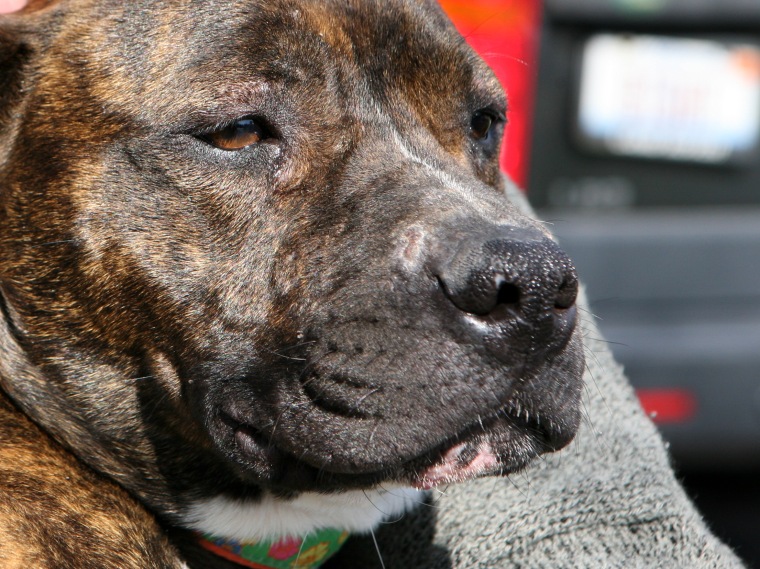 My back up plan was to call my friend, Dylan Nelson at The Doghouse of Barrington, because he regularly “fosters” dogs for Animal House Shelter.    I called him, he answered the phone, and he said yes, he’d be glad to foster her.  As I write this, I’m calling Dylan the strongest link in Mable’s chain.

I left the kids, all mad at me at this point, and drove Mable over to The Doghouse.  She laid in the back seat and looked at me.  She had been traveling for two days and was pretty tired and would just as soon stay with me. I put her on my leash and took her for a walk through the pretty neighborhood around The Doghouse.

Then I walked her into The Doghouse, along with a big bag of dog food.  An adorable girl named Taylor was waiting for her.  Taylor immediately sat on the floor and started to play with Mable.  She said they had a great big run for her, complete with a soft bed and lots of treats.  Taylor couldn’t keep her hands off of Mable. 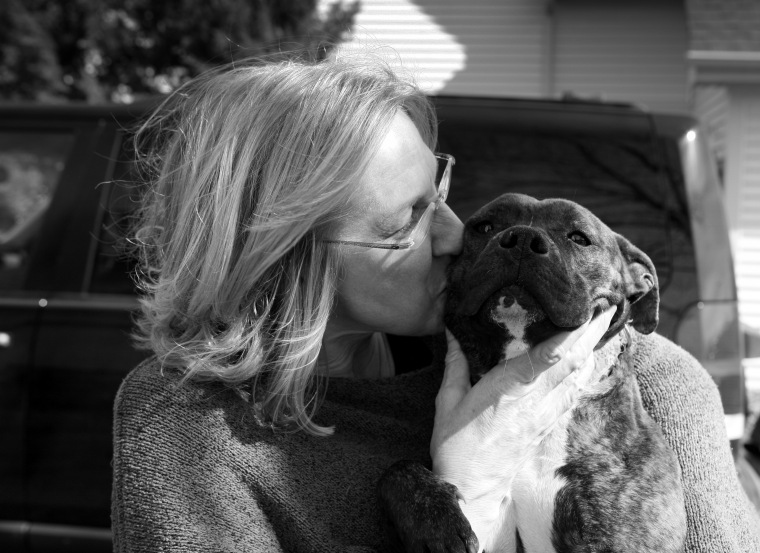 Mable is available for adoption through Animal House Shelter and she is being fostered by The Doghouse of Barrington until she finds her new home.  Any loving person or family looking to be the final link in Mable’s chain can go over and meet her.  Come on over any afternoon and we’ll take her for a walk.

One more thing:  Mable has small scars on both sides of her nose.  Indy told me that it was because at some point she must have been kept in a cage where she really didn’t want to be.  I showed them to the vet and he said that they may always be there.  He said they’ll probably serve Mable well, because her new family will always be reminded that she’d rather sleep somewhere soft and warm. 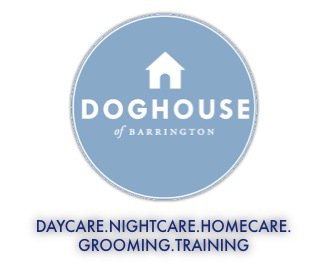 9 thoughts on “Rescuing Mable … The Links in Her Chain”