It’s not completely surprising. On some level it was expected. The way this has all played out. Parties and presents and cards, yes lots of cards. Newspaper articles and phone calls, yes lots of phone calls. The donations for the Les Turner ALS Foundation keep coming in and as of today the amount stands at $156,000.

Yet every one of us knows it’s time to move onward albeit with this accomplishment still at the forefront of our minds. All of it is all but impossible to forget. It has become a part of us.

Winter is just about here and this weekend I packed up the open water gear … ropes, watches, those perfect water bottles we found after trying out so many. But the log book remains in the kitchen. It’s full of stroke counts and times and quotes and notes from all of the qualifying swims as well as the channel. I’m sure we’ll keep it out all winter so as to keep it all alive.

We have a few shells from Wissant Beach sitting on our dresser that are earmarked for our grandchildren. The ones who aren’t even close to being here. The ones who are going to say, “My grandfather. He swam the English Channel.”

As time moves on the new normal will become a little quieter but forever and ever the future in each of us is as bright as those lights that we saw shining, no they were singing and dancing, on the shore of France. 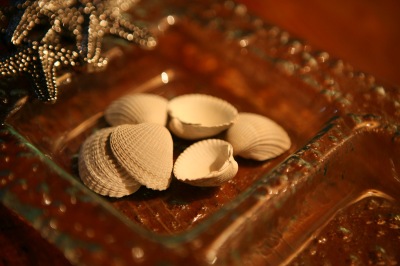